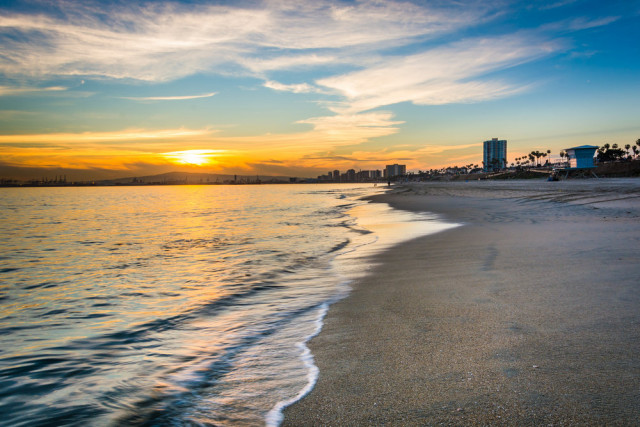 When one thinks of Long Beach, one could envision an artistic town with a bustling nightlife, fun local events that pop up every weekend, or what the name of the city is actually named after, which is a beach that’s long and wide.  But what if we told you there was more than one beach in this city, and each of them had their own special traits?

Long Beach, CA was originally founded in 1888 with the original name of Wilmore City, but then officially changed to Long Beach because that was more fitting due to the nature of the beach itself.

As the years went on, a variety of neighborhoods and parks started to become built near the beach and each area developed its own characteristics.

Ask a local which beach is the best one, and more times than not, that will tell you which area they most likely live in. While the residents here share this sense of pride, they also know that every area of the city is special and are all worth a visit.

Characteristics like these are what makes Long Beach one of those cities that are unique and stand out from the others.

While each beach around the city is special and holds its own special features, included here five of our favorite beaches in Long Beach, CA.

Belmont Shore Beach surrounds the neighborhood and seaside community of Belmont Shore, which began its development in 1920. This beach is nestled between Belmont Pier and 55th Place.

This is one of the more popular areas of the city not only because it was one of the earliest that was developed, but because of its features including volleyball courts, wide bike paths, and a nearby dog beach.

Along with fun activities on the sand, Belmont Shore has a great nightlife including restaurants, bars, 2nd Street, and plenty of events happening around the area at all times.

Long Beach City Beach is the primary beach in this city, located along Ocean Boulevard from the Belmont Pier all the way to Alamitos Beach at the west end.

If you’re able to snag a parking spot, being able to spend a day at this beach is a treat. You can partake in a ton of outdoor activities including picnicking, volleyball, bike riding, strolling, and kite flying. There are tremendous views of the harbor and the Queen Mary.

Marine Stadium Beach is a special area in Long Beach because it’s known as one of the world’s premier water skiing facilities. It was also the site for the 1932 Olympic Rowing competition. This part of the city can actually be rented out for events.

Another thing that makes this beach special is the fact that you can launch boats here. While this wouldn’t be considered a leisurely beach to enjoy a day and swim in, you can certainly watch water skiing with the family and have a great time doing so.

Junipero Beach is one beach in the city that is never slow with action. With amenities including basketball, bike trails, volleyball, and being within walking distance to the Aquarium of the Pacific, this area of Long Beach can be considered a hidden gem.

After you finish sightseeing, swimming, or getting a couple of games of basketball in, walk on over to the large selection of shops, coffee shops, and restaurants and refuel.

Junipero Beach has plenty of parking and has some of the best views of the city.

Mother’s Beach is a family-friendly area perfect for picnics, volleyball, barbecuing, and a large grass play area for the kids.

The calm water also makes this area a safer alternative for smaller children looking to get their feet wet both literally and figuratively. There are plenty of lifeguards around the beach for extra precautions.

You can see people jogging around, walking their dogs, picnicking, and having a great time.

Looking for convenient hotel accommodations to experience all of the beaches and activities that Long Beach has to offer? Hotel Current is conveniently located just minutes away from downtown, surrounding entertainment venues, scenic parks, the airport, and plenty of other attractions. If you’re looking for even more things to do in the LBC, check out our attractions page. Book your local stay with Hotel CURRENT today!